Police arrested a 30-year-old woman for allegedly strangulating her 32-year-old husband to death after drugging him on Saturday in northwest Delhi’s Pitampura. After committing the crime, the woman took the help of her minor son to stuff the body in a burlap sack and carry it on his bicycle to a park and dump it there.

The woman told the police that her husband was an unemployed alcoholic and used to torture her. The accused, identified as Laxmi Devi, was fed up with her husband Bharat Lal’s violence towards her and their two minor children and hence decided to kill him.

On April 11, police received information about a man’s body stuffed in a jute bag near the entry gate of Mahila Park in Pitampura. An iron wire was used to tie the sack and police found ligature marks on the victim’s neck and blood was found on the nose of the deceased. An FIR was filed in PS Maurya Enclave under sections 301 and 201 of the Indian Penal Code (IPC) and an investigation was launched.

The police probe revealed that the deceased, Bharat Lal, lived with his wife and two children in Pitampura. During the investigation, Laxmi told the police that her husband had been missing since April 9, around 10 pm, when he went to the market to buy vegetables. She said that she had been searching for Bharat but he was nowhere to be found.

WOMAN ARRESTED
But Laxmi kept on changing her statements and certain discrepancies emerged in her statement that made the investigating team suspicious. Upon being interrogated at length, she confessed to the murder of her husband, police said.

Laxmi told the police that she and Bharat married fifteen years ago at Sillarpura village, her native village, in Madhya Pradesh’s Mahoba district. According to her, Bharat was jobless and was addicted to alcohol and used to beat her badly every now and then. Tired of his repeated torture, abuse and domestic violence, she decided to kill him. 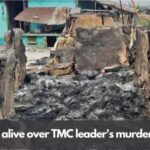 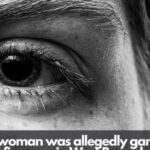