The field aggression of the captain of the Indian team, Virat Kohli is not hidden from anyone. He is seen to be abusing him in the field in extreme aggression. But the interesting thing is that we are going to talk about the player today is Bangladeshi and not Indian. During the match Virat Kohli could not hide his feelings.

In 2011, teams of India and Bangladesh met face to face in a match. Virat Kohli sledge a lot in this match. In this field aggression, Virat abused Imrul Kayes in extreme aggression. It was such a big shock, as this incident broke Imrul’s heart. Although Kohli is often seen doing this in match. Imrul Kayes revealed about the incident after the match.

Actually, after the match, Imrul said that he and Virat Kohli had been together for a month and he did not expected such behavior from him. Imrul added he have known Virat since 2007. They spent time together as a young player at the Australian academy. But when they came face to face in an International cricket match for the first time in 2011, he was very shocked when Kohli sledge against him. 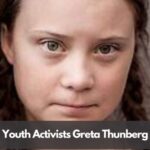