Want to know about Shershaah Full Movie Review, Box Office Collection, Cast, Budget. Read along to find out. Shershaah biggest victory is it’s effort to recreate one of the most important chapters of our recent history with characters who lead the way to a rousing climax.The total budget of the film was 55crore.The director Vishnu Varadhan and his writer Sandeep Srivastara take it slow to a childhood sequence of captain Vikram Batra (Siddharth Malhotra) and shown his growing up years, finding the love of his life Dimple Cheema (Kiara) before he is finally posted at the 13 JAK Rifles as a lieutenant. Kiara Advani track and the romantic songs featuring her feel like a distraction from the movie this also impact the pace of the film that suffers from a slow first half.

But in the second half Siddharth Malhotra shines in the war his earnest efforts to recreate the aura of his character larger then life persona shows on screen and this is one of his better performances. Kiara Advani she doesn’t have much scope to perform. Shiv Pandit captain Sanjeev Jamwal who is cast on the outside, but emotional from within together these men make for an able team. Among the many other character actors there are a few stereotype and cliches too, especially on a Pakistani side. The films overall tone is obviously high on patriotism.

Yet as a Bollywood industry churned out epic war films that have been critically and commercially acclaimed. Shershaah ranks high than most of the recent war dramas and tells an inspiring story that needs to be hold. The source material of this film is so strong that it is bound to grip you once the men is in uniform take it upon them selves to drive out the enemy and reclaim our land. Shershaah is the biggest victory of our recent history with characters, who leads the way to a rousing climax. Thus the total collection by the film was around 136 crores and the film was superhit. 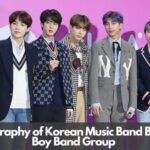