In Yemen, a drastic accident occurred. On Wednesday, there was a blast at Aden Airport in Yemen.

According to reports, 16 people were killed and 60 of them were injured. The plane of the new cabinet government ministers had landed at the airport. As soon as the plane landed, the ministers were attacked.

Earlier in Yemen, there had been a big blast which ultimately resulted in civil war. They are still facing the effect of that war since long time. This time, Aden airport was targeted. Just before the incident occurred, all the new cabinet ministers of the government had landed at the airport. They were returning from Saudi Arabia.

People who were present at the incident spot stated that right after the ministers landed, they were attacked.

However, cabinet members along with Prime Minister Mayan Abdulmalik and Ambassador Saeed Al Jabar were taken to the safe place from the airport.

Later, PM Mayan Abdulmalik confirmed by tweeting that he along with other ministers are safe in the temporary capital of Aden. 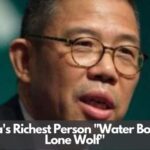