A senior Transport Department Official said that the main agenda of the action is to let know the people about it and to be aware about having HSRP and color stickers.

Earlier, the transport department had sent a public notice asking the vehicle owners to get a high security registration plate(HSRP) and color – coded fuel stickers. If vehicles are found without HSRP, than they would be fined from Tuesday onwards.

The cab owners will be fined Rs, 10,000 which is regularised to Rs5, 500 according to the motor vehicle (MV) act. The operation will be operated in 9 out of 11 districts at present. For each district, one team has been given charged for action.

Delhi Traffic police will charge Rs 5,500 fine for not having HSRP

As per the orders given by the Supreme Court, the Transport Department has made it mandatory to get HSRP and color stickers on vehicles. The traffic police will take strict action from Tuesday.

For now, the vehicles that have applied for HSRP and color – coded stickers won’t be fined. They just have to show the slip of the application. Again it’s not applicable for the vehicles of other states for now. 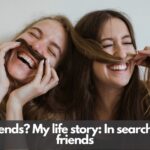