54 additional Chinese apps banned by India Government highlighting that these apps pose a “threat to India’s security” as the border tension continue. One of the biggest names in this list of banned games is “Garena Free Fire- Illuminate”. This game is a popular alternative to PUBG Mobile.

Apart from Garena Free Fire- Illuminate, the new list of banned apps is said to mostly include clones of apps that were already banned in India since 2020. Some of the apps that were previously banned had re-branded and re-launched in India quietly. With the addition of 54 more banned apps, the list of total apps that are banned by the Indian government app may reach around 324 till now.

The popular Garena Free Fire game had disappeared from both Google Play Store and Apple App Store before the government had announced this ban. While the Illuminate version has got removed earlier itself, the Max version is still there on Google Play Store. It is quite possible that Google take it down too, very soon.

44 Cute: Match With The World

52 FunChat Meet People Around You 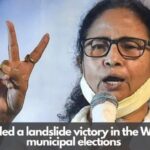